You are going to love this Mediterranean Buckwheat Salad. It’s tossed in a pomegranate salad dressing with aromatic herbs of fresh mint and cilantro.

Buckwheat is an indigenous ingredient from Russia. It’s usually thought of as cereal, but its actually an herb of the genus Fagopyrum family. The seed is triangular in shape and can be turned into buckwheat flour.

What are Buckwheat Groats?

It is hulled, crushed kernels, that can replace rice. Kasha is roasted buckwheat groats, it has a toastier, nuttier flavor.

If you cannot find Kasha at your local grocery store, you can simply toast the groats yourself over a pan with butter.

Pretty much any sturdy vegetable.

Why Does This Recipe Work?

One, it’s the perfect lunch to bring to college or work. No microwave necessary.

Also, the longer it sits in the fridge the better it’s going to get ;).

If you don’t have pomegranate molasses in your cupboard, you are truly missing out. It is so sweet and tangy— I just love it! Plus, we all run out of lemons every once in a while, yet we still have to put a salad together for dinner.

That is when I reach into the cupboard for a teaspoon or so of pomegranate molasses. It’s a sour and tart replacement if you do not have lemons on demand. However, if you have both in your possession, use both! 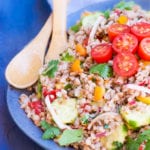 To Cook the Groats

Putting in all together

Take off your shoes. Get comfortable, and have a look around. You will find many recipes under categories like halal, gluten-free, dairy-free, and much more. 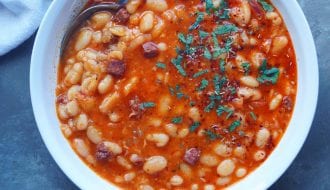 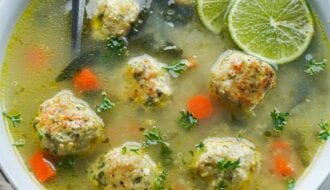 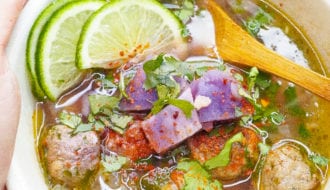